The Worldloppet ski marathon season is here! The Birkie might not be until late February, but the first European Worldloppets start next week with the Dolomitenlauf in Austria.

This week, I spoke with the race directors for the first four events of the season: Dolomitenlauf, Marcialonga, König Ludwig Lauf and Transjurassienne. They all shared that the events are on!

Our first Lumi guests of the winter are in Seiser Alm this week. Fresh snow last week, followed by sunshine this week have brought heavenly conditions to the Dolomites. Our guests on the Dolomitenlauf & Marcialonga Trip arrive next week! 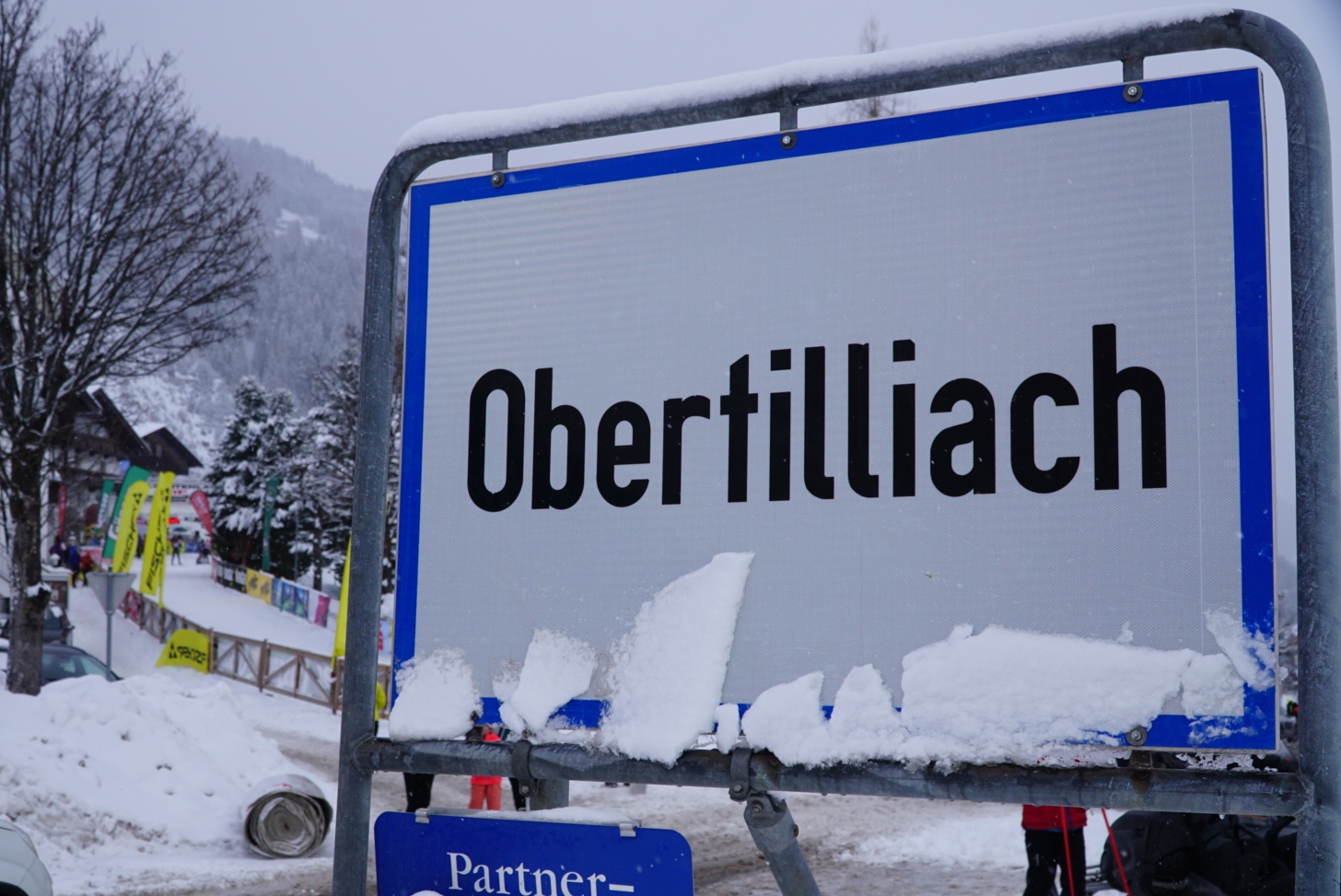 Here’s a little preview of what’s coming up…

Austria’s Worldloppet race is in East Tyrol, close to the border with Italy. The official host city is Lienz, but due to marginal snow conditions in recent decades, the event is typically held in the mountain village of Obertilliach. This year, race organizers just confirmed that both the skate and classic events will be held in Obertilliach. Saturday features a 42 or 21 km freestyle race. Sunday is a 42 or 21 km classic race, essentially on the same course.

There is no night sprint in Lienz this year, which is a bummer, because the BMX-style night race under the lights with jumps and 360 degree turns is a lot of fun to watch. It sounds like the night sprints will be back in 2023.

Obertilliach is a small village with a population of under 800 (and you thought Hayward was small?!). In the grand scheme of Worldloppet events, the Dolomitenlauf is relatively small. This year they are limiting the field on each day to 500 participants and there is still space available. If you are into smaller races with minimal logistics, this is your event. The race starts in the biathlon stadium (Obertilliach is a popular stop on the IBU Cup biathlon circuit) and finishes about 2 km away, on the main street in the village. Race bags are transported to the finish, but if you’d rather leave your bag at the start, it’s just a 5 minute ski back downhill to get there. 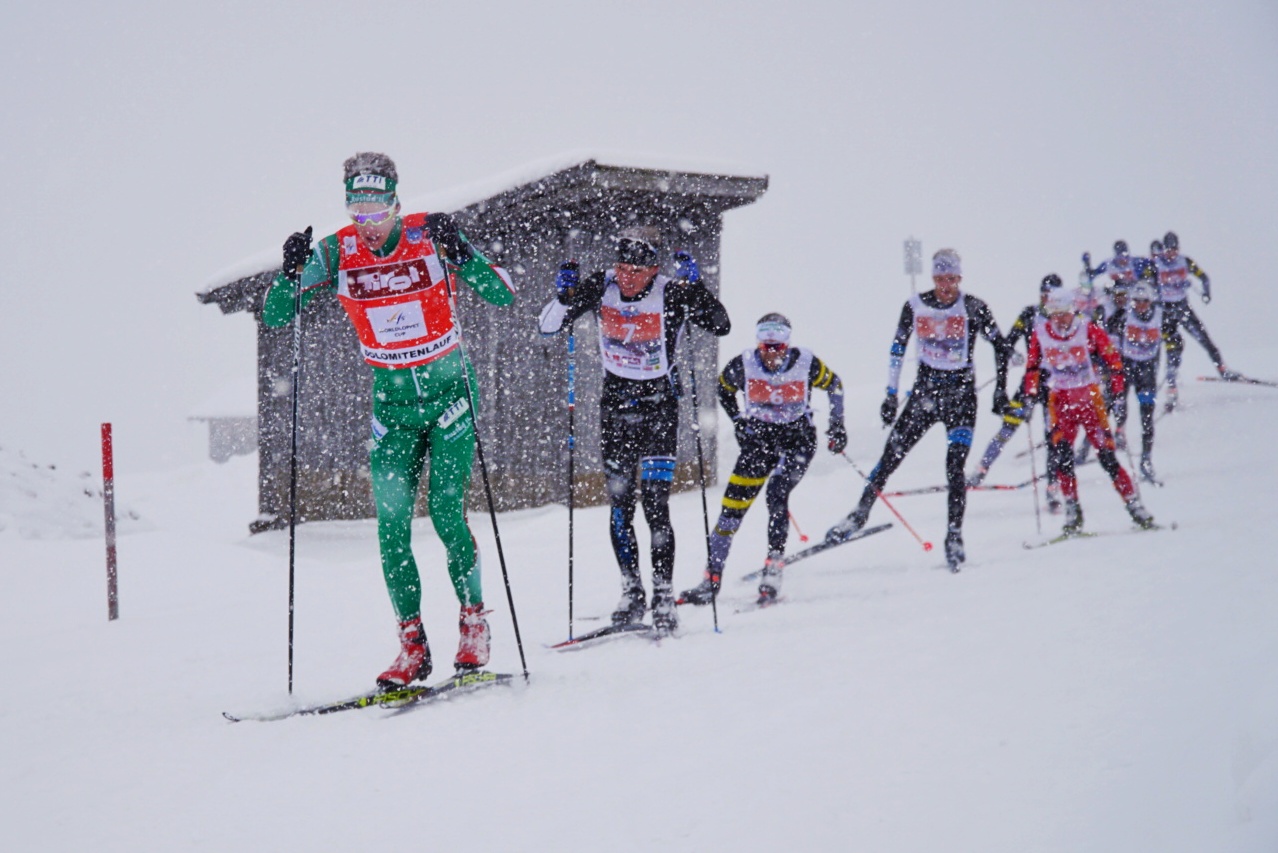 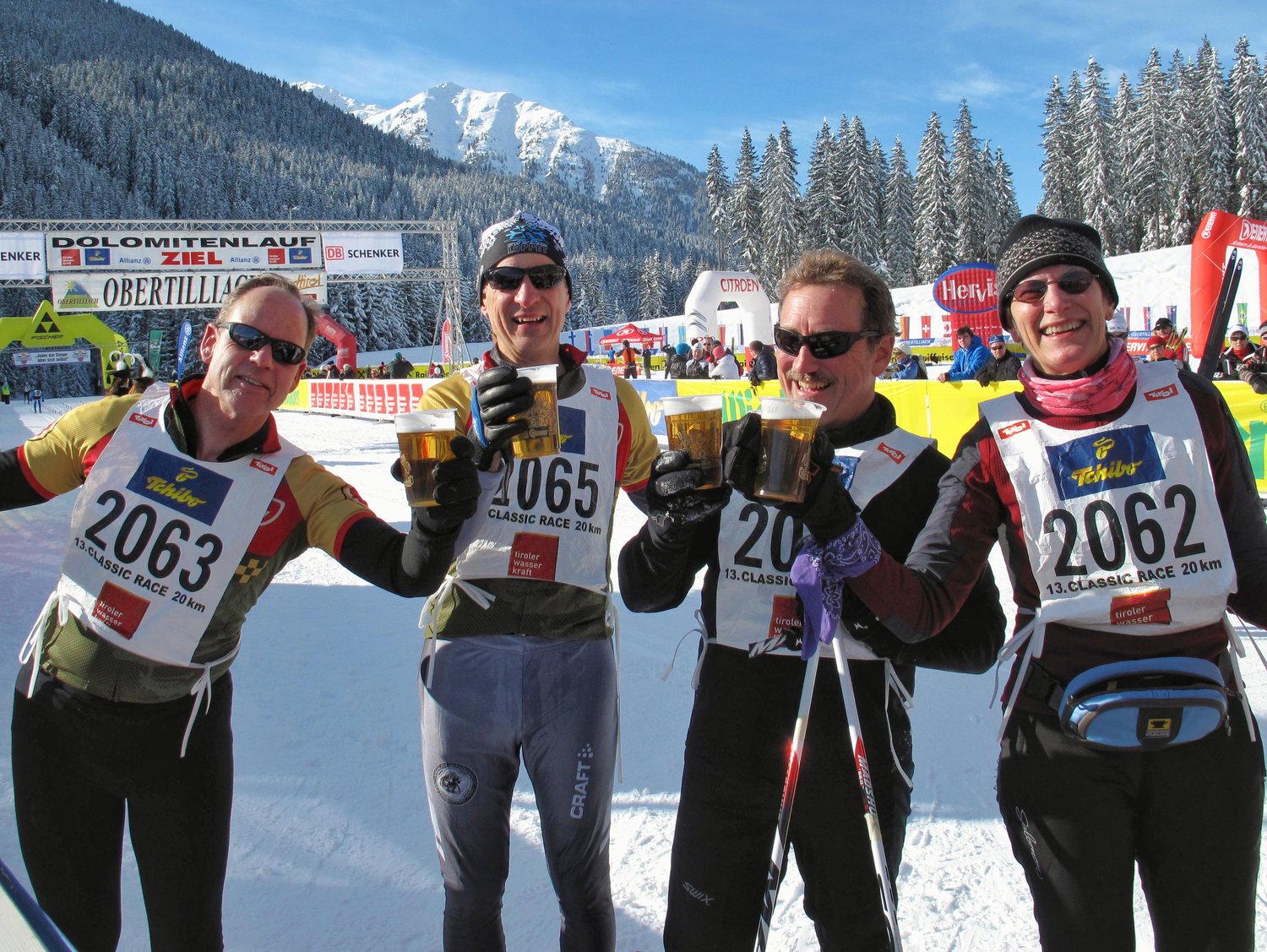 Top: Elite racers ski past one of the many hay huts in a blizzard 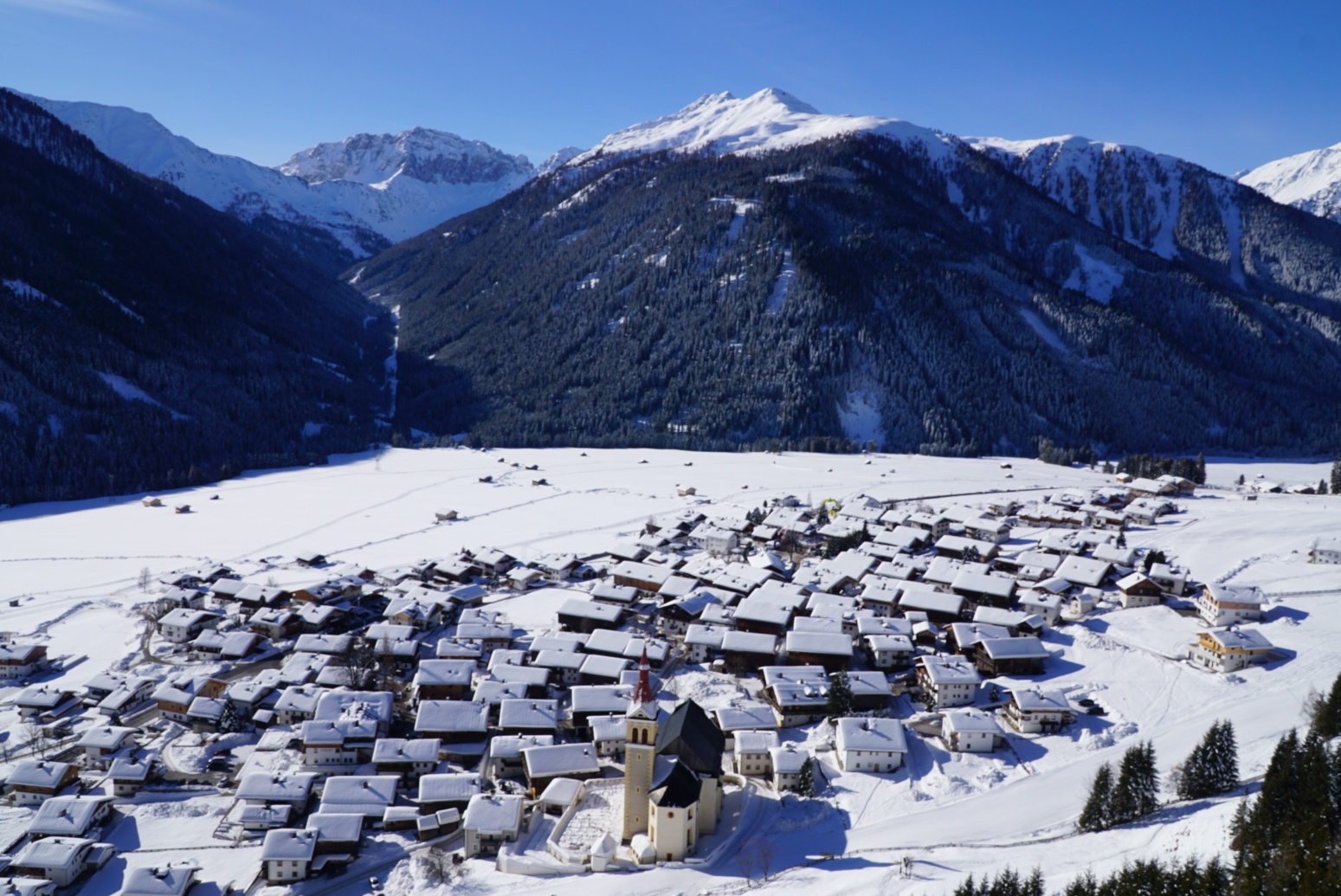 The course is 2 x 21km loops, basically running down, then back up the valley. As a citizen racer, the course is fun because you can see the elite racers as they go up the other side of the river. The trail is relatively open and winds through scenic huts used to dry hay in the summer. If you think you recognize one of the huts, it’s probably because you saw a plane fly through it in the James Bond movie Spectre.

By the time you reach the finish, Obertilliach’s marching band welcomes racers into the finish with traditional Tyrolean tunes and trachten (attire). That Austrian beer will sure taste good after your accomplishment. 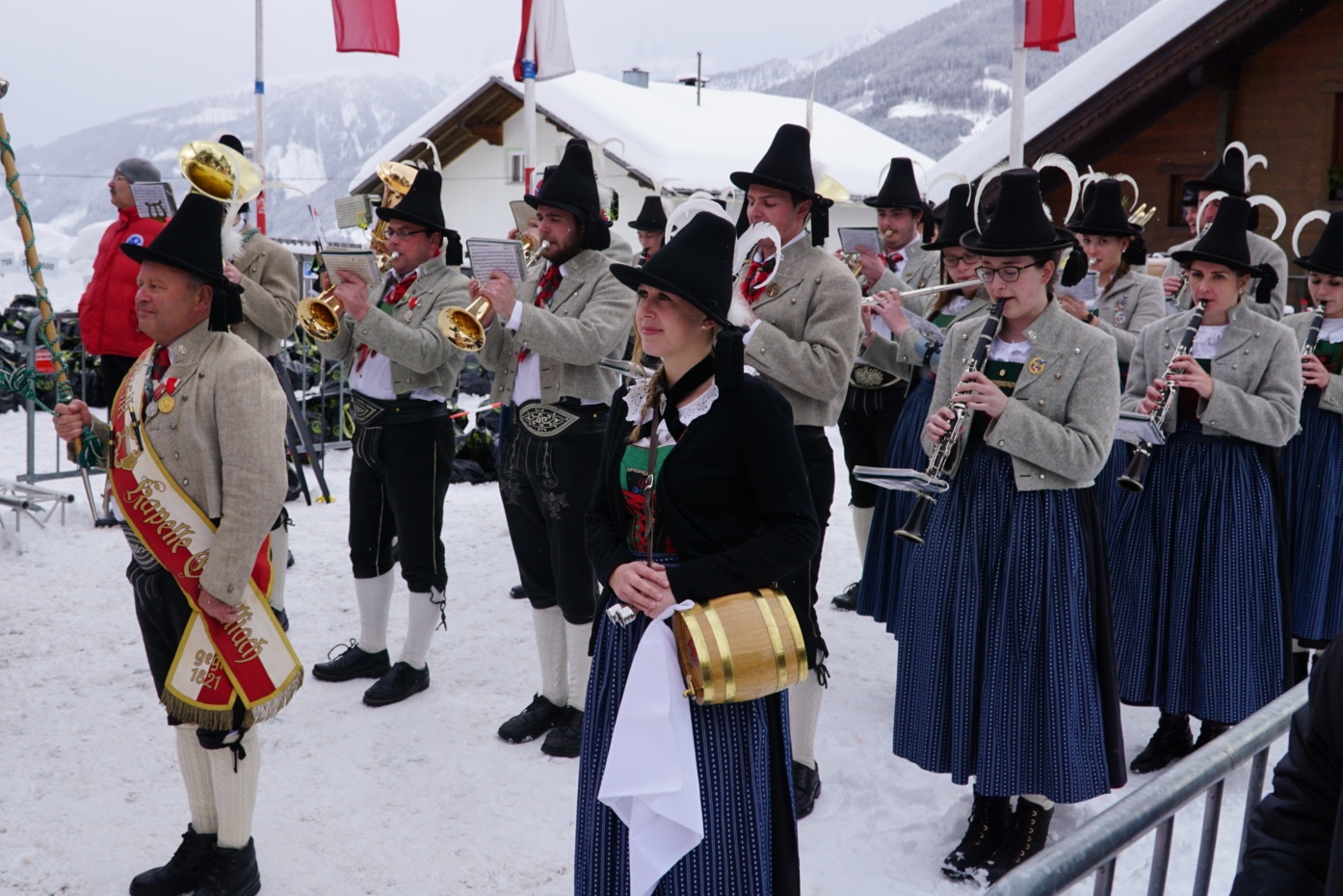 Why ski the Dolomitenlauf with Lumi Experiences? Well, besides the local trip leaders, race waxing and friends to raise a beer with when you cross the finish, one of the highlights of the Dolomitenlauf weekend is learning how schnapps is produced in the cave of our favorite distillery. Prost! 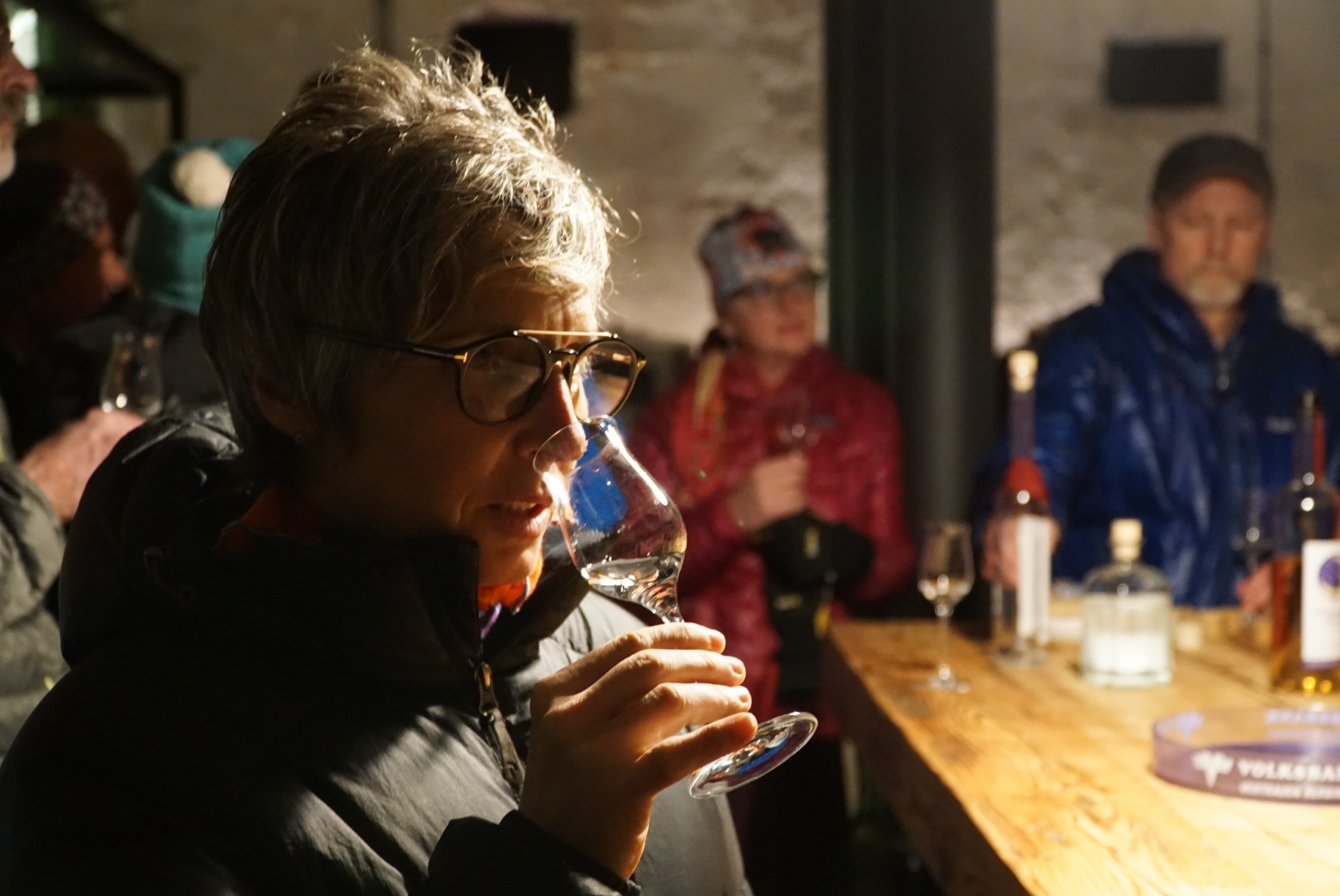 We’d love to host you on the trip next year. Reach out for our detailed trip itinerary or to sign up: [email protected].

See you on the trail soon!