Season’s greetings! Hope everyone had a very Merry Christmas! Writing this, I’m sitting on our porch in shorts and a t-shirt at 17 degrees, soaking up all the sunshine and vitamin D I can! Over the past few weeks, there’s been a lot of different things going on for sure. Since the first official races of the season were cancelled, I was able to put some more time into my training, and get in some good time trials with my team. After numerous weekends with time trials or races, I am pretty happy with how things are looking at this point in the season, knowing that there is only room to improve. I also finished up the fall semester of my second year of college at APU and managed to maintain straight A’s! After the semester ended, I had a week in AK, and the day before I left to come back to CO for Christmas, I went on my first backcountry skiing trip! Then, following a long travel day home, and catching up on sleep in my own bed, it was already Christmas. It’s been a treat to be home and enjoy some nice, warm sunshine, blue skies, and good times with the family, and our new puppy- Zeke. As for training, I’ve used this first week at home to recover from a pretty heavy block of training in AK. For the rest of my stay, I’ll be taking a break from the super high end of the intensity spectrum, and take this opportunity to add some easy volume, and L3 training to keep base fitness as high as possible for later in the season. 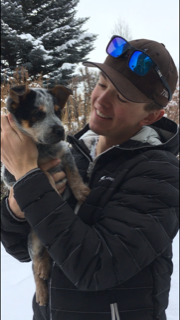 Fatigue and all it’s sneakiness.

As I have previously mentioned, our first races of the season got cancelled, so, we shifted the focus from those races, back to training, which meant incorporating both higher volume and higher intensity. For the first 4 weeks of this, things were ticking right along. I was able to keep a good mix of high volume, and high intensity through time trials and intervals while still feeling strong throughout. But nothing lasts forever… The 2 weeks following this highly productive block, I was hoping to really kick things into high gear. As I came to find out, that high gear had unfortunately been stunted. The interesting thing was that at no point did I feel tired or overcooked, nor did any metric reveal any signs of fatigue. It was only in the last couple of race’s that it revealed itself. My point in all of this is that you can’t always pinpoint this crazy phenomenon called fatigue. No matter how perfectly you may have things planned out, or what your watch might say, or not say, sometimes it may still sneak up on you. In my case, there seemed to be a delayed onset of this fatigue, and it’s this that most people don’t think to look for. Whether it be with rest or training, there is generally a delay until the outcome is realized. For me this would’ve meant taking an easy week, the third week of that 4 week block, in anticipation of that rest coming into play for these last races. This is one of many reasons why keeping a training log can be so beneficial, so that you can look back to see correlations between training and it’s results. Although a couple of my early season races may have been compromised because of this additional load, I am confident that it will pay dividends later in the season, and am looking forward to what the rest of the season has in store! 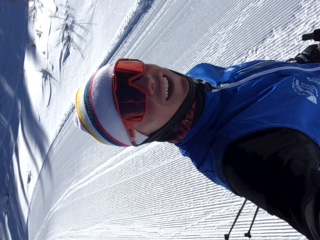 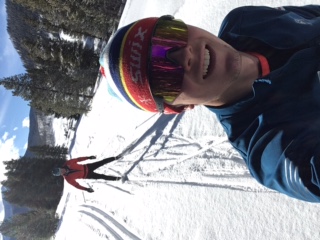 I know for a lot of people, 2020 has been a rough year, but personally, I can’t believe it's already coming to an end. Wishing everyone a healthy and Happy New Year!