Technique is a huge part of skiing, whether you like it or not. A small improvement in efficiency can take a week or a month to truly solidify, but can immediately translate to full percents of improvement, even if you feel like you’re already near your limit physically. That’s why it’s so important to constantly do anything you can to improve it. In my opinion, and I live by this, one of the best ways to improve your technique is to discuss it with someone. Really anyone, honestly. It helps if they at least somewhat know how to ski, and is probably the very best if they’r a technique expert, but just the act of talking to someone about it can lead to epiphanies and generally better comprehension. It’s almost like using a therapist, in that by just talking through an issue can help you find the right answer for yourself. Because it’s so important, I’m going to share a few things that I think about when having a technical discussion. 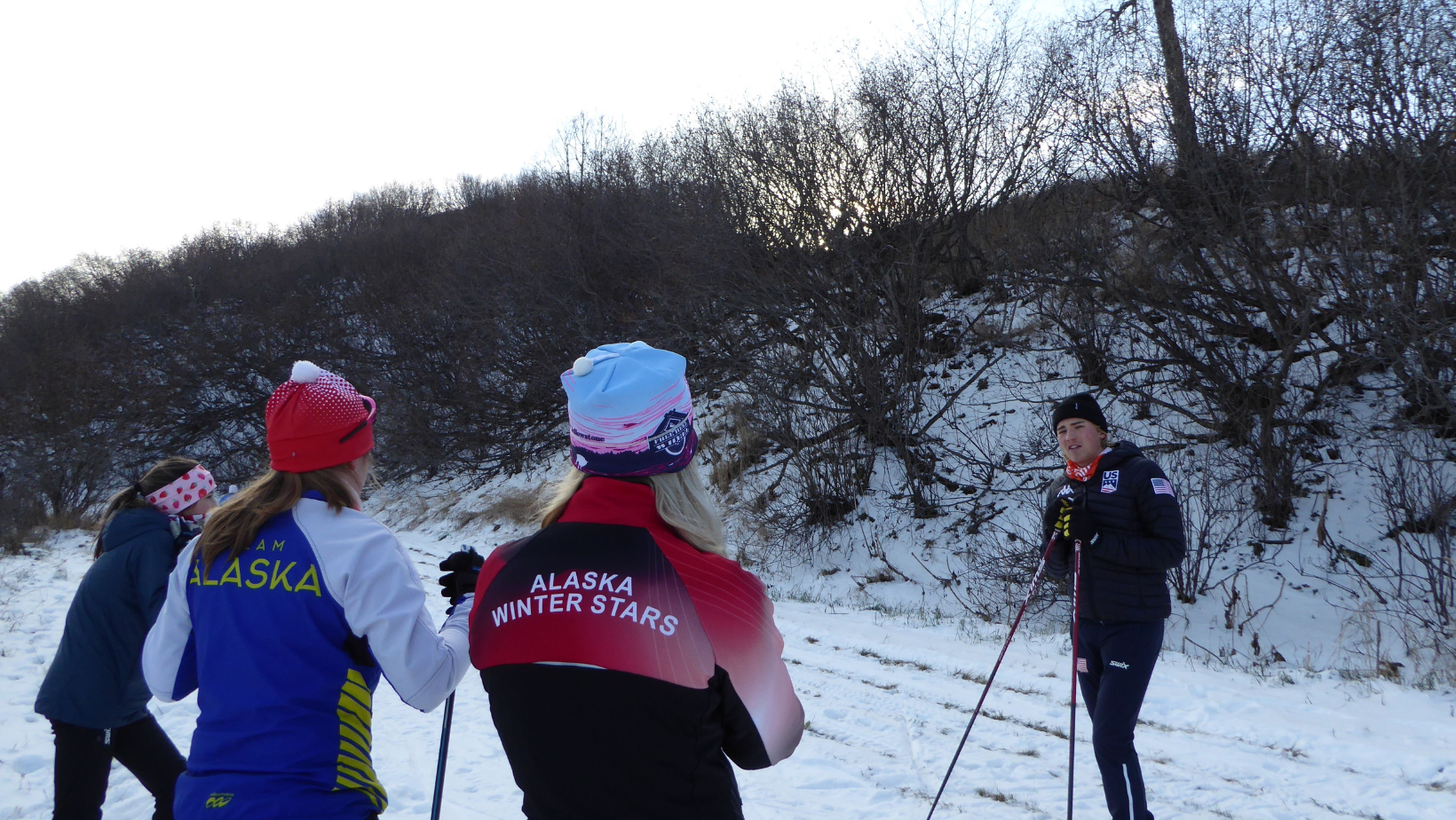 I think technical cues are a huge part of making improvements when out on the trails/roads. Having a word or phrase that reminds you what you need to be doing when you got tired or started losing focus is really helpful to get you back to making those improvements. When discussing, mention your current cues, and talk with the other person about their opinion. They may have a different cue for the same thing that ends up working really well for you. And if not, you guys can brainstorm some other ways to keep the focus. (As an example, one of my cues lately has been “rotate shoulders” in an effort to keep my arms relaxed and just swinging about my shoulder joints).

Ask them what they’re thinking about, too. We often have similar problems, because there are a few things that are super hard to get right in skiing. BUT, you might have different approaches to the same problem, and that’s where it gets productive. I’ve had many times where I came to someone with a problem and they’ve been working on the same thing, and trying their method of thinking about it really helps me make progress. For example, I was struggling to slide my foot forward during the glide phase of my stride, and I talked to a friend who said they were working on really relaxing during the glide phase and letting their hips come up. When I applied this in my training, I realized that letting the hips come up, (which is really about relaxing as much as possible in the glide) actually naturally made my foot slide forward! This was the kind of thing that I could try and try and try to push, but would’ve never really worked without the other improvement of hip relaxation.

Come armed with some video of yourself so you can more clearly show what issue you’re working on. Describing technique is an art in itself, so if you can start with a little video, you don’t have to be nearly as eloquent to communicate that problem. It also helps to find some examples of someone doing it well. You can do that part on your own, too. Lots of world cup races are on youtube if you search “world cup cross country skiing ____ venue” , and that can be a good way to find a little inspiration.

This whole process works a lot better if you’re flexible to change and recognize that literally not one person has perfect technique, and it’s all very individual. If you can put your ego aside and really focus on simply getting better, it’s a lot easier to have these conversations about yourself without feeling like a victim. I say this because in practice it’s not that easy to do, but if you can figure it out it makes a huge difference. 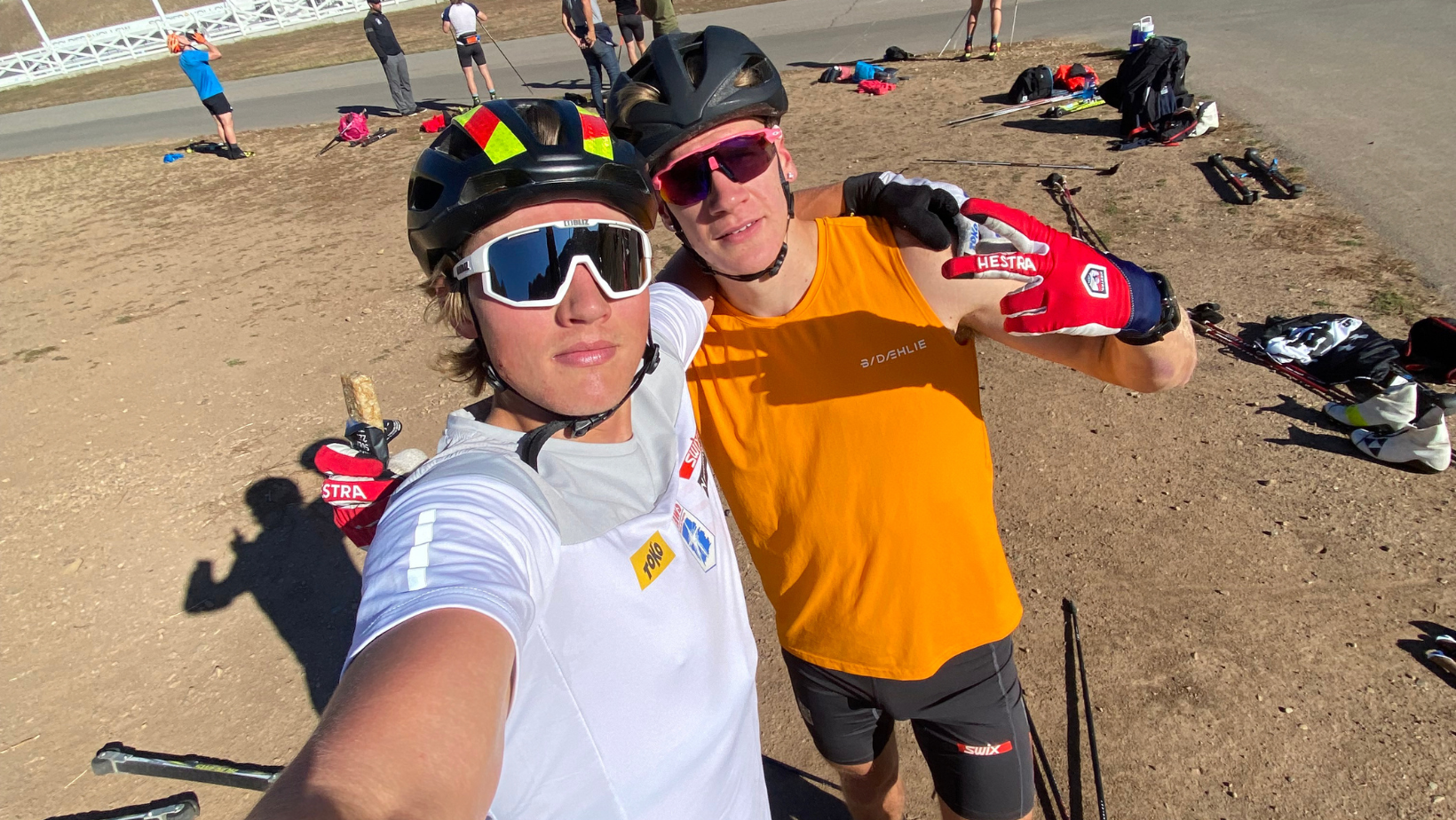 (Selifie of Gus and one of his favorite consultants, Zak Ketterson, after the two collaborated in a discussion on technique.)