After a few months of lengthy stories and updates on recovering from surgery from an unfortunate season-ending crash while ski jumping, I figured it might be nice to tone it back a bit and write about a much less serious topic. The majority of the readers of SkiPost are cross-country skiers, so you may not know about the interesting way that ski jumpers wax their skis for jumping in the summer. 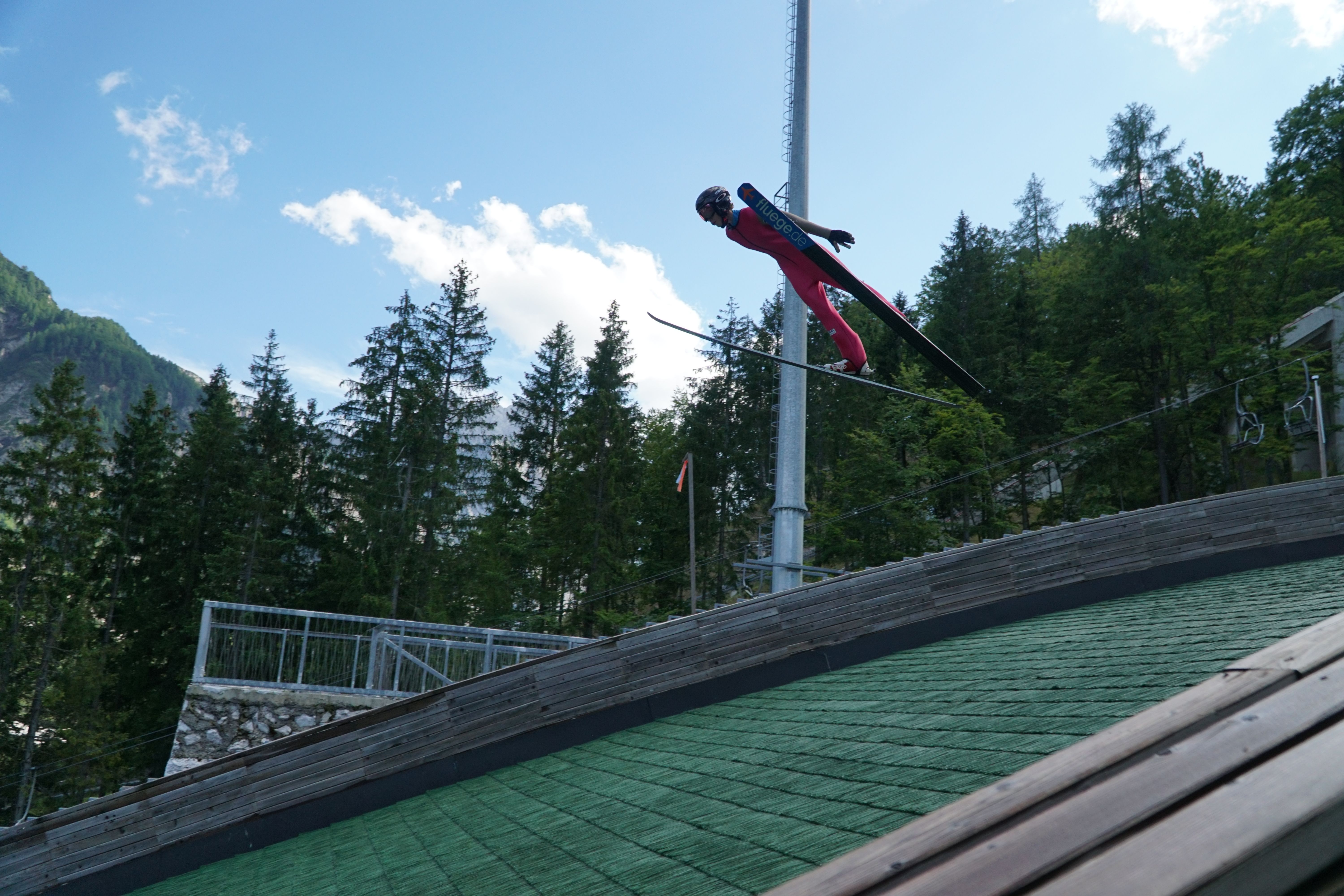 To preface, it’s important to understand exactly what materials ski jumpers train on during the summer. The track on the inrun is made of metal or porcelain and is covered with bumps to negate hydroplaning on the water that is continuously sprayed onto the track to keep it slick. The first time you jump on a smaller hill, you will probably notice the interesting sensation of each of the bumps. As you improve in skill, and move up in hill size, your speed down the track increases, and with it the ride smooths out. By the time you’re jumping a 30-meter hill, the only thing you really notice is the sound of the skis on the surface.

The track gets the skier to the end of the inrun, and into the air. The jumper then lands, preferably a long distance down the hill, on what jumpers simply refer to as “plastic”. It’s a simple enough name, and it’s rather fitting because the surface is made of thousands of mats of plastic, each a couple of feet long, and with about two feet of bristles sticking off one end like a flattened broom. The easiest way to explain it would be to call them spaghetti strands all attached together at one end to create a wide mat of plastic. These mats are laid down like giant overlapping shingles from the bottom of the hill upward to create a surface that allows the jumpers to slide over the plastic with ease when it is kept wet by sprinklers every couple of jumpers. Similarly to the track, the difference between landing on plastic versus snow is really only noticeable on smaller hills. At slower speeds you can feel each individual layer of plastic, resulting in a bumpy ride down the outrun. Once you get to around a 40-meter hill, the skis slide over each layer so fast that the outrun is considerably smoother. 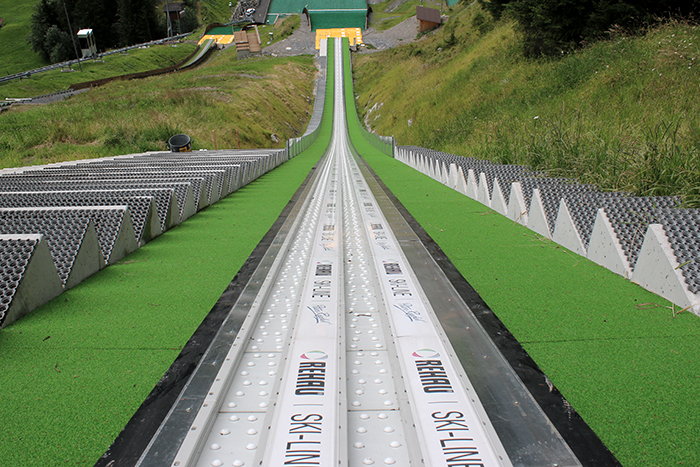 The type of materials used for summer jumping is important to keep in mind because rather than wanting a scraped and brush-prepped base to slide over smooth, slippery snow, summer jumpers choose a thick layer of raw wax that will protect the base of the ski from the heat and friction caused by the bumps on the track and the plastic on the landing. That’s right–simply enough, you begin by waxing jump skis the same way you would in the winter. One thing that makes it much easier, though, is that you don’t have to worry about nailing the wax to get a fast ski. The real key is to use the hardest wax you can that won’t crack and flake off the bottom of the ski as it flexes coming off the takeoff and while landing. A shop bar of green hard wax has been my go-to for the last few summers, and it works perfectly for me. All you have to do is drip some wax down on the ski, iron it out so it leaves a nice even layer, and you’re done! No pesky scraping or bicep-burning brushing to worry about. 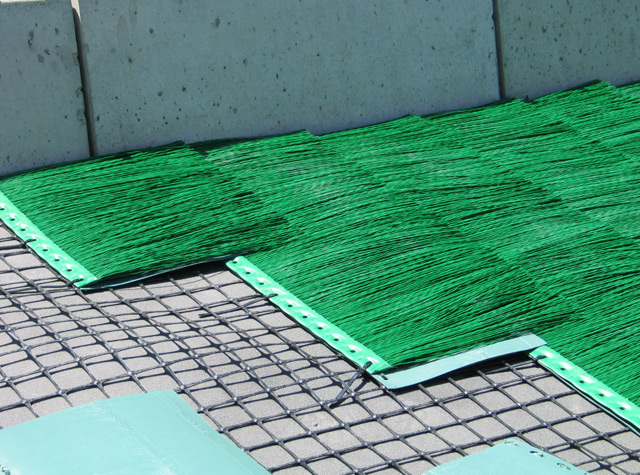 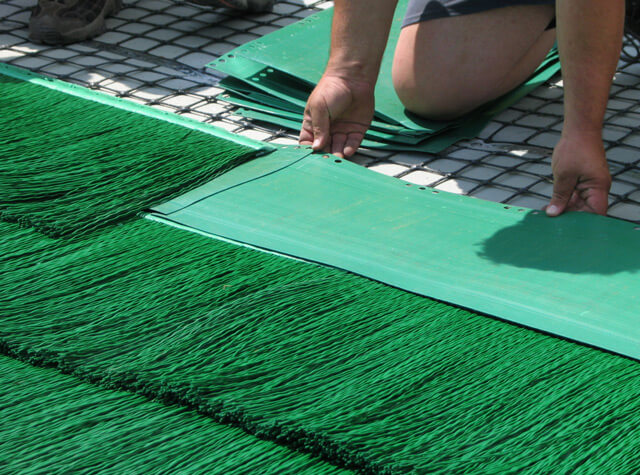 The thick layer of wax gives you the additional advantage of keeping dirt and “greens” off and out of your ski base. Greens are bits of landing plastic that are essentially melted onto the base of the ski due to high temperature of the plastic in the blazing summer sun, fast landings, and under-watered plastic. Scraping greens off your skis is one of the most grueling parts of summer jumping, and it can take a while to successfully get all the plastic off your ski base. The best plan of attack is to use a sharp metal scraper and scrape just the areas with greens from tail to tip. The larger bits of plastic tend to come off much more easily when scraped backwards, in the opposite direction from which they were burned onto the ski. To get every little bit of greens, though, can be a very time-consuming process, depending on factors like how many jumps you took, how well watered the plastic was, the air temperature, and whether you were smart and waxed your skis before every single session. 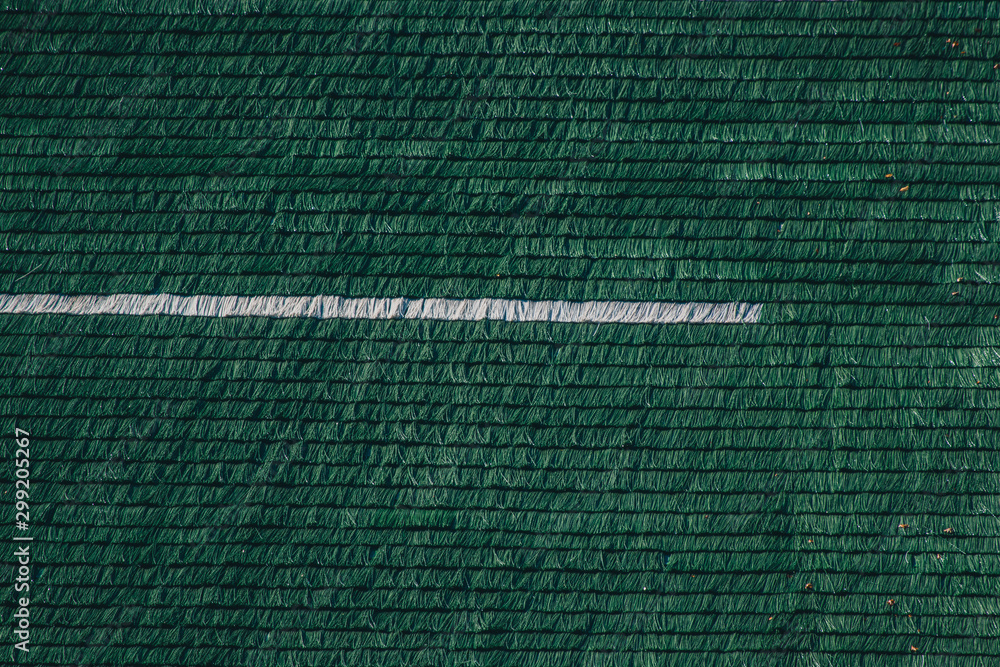 I hope that this shorter type of article has been useful to some people that may have never seen ski jumping in the summer, or may not have wondered exactly what’s going on behind the scenes. As I watch my peers prepare for a summer of training and competition, I wish them all the best of luck, and to “Have one” for me.