I am back in Craftsbury, enjoying some amazing fresh skiing, blissfully ignoring the rain in the forecast, and getting some much needed recovery after completing my first American Birkibeiner. 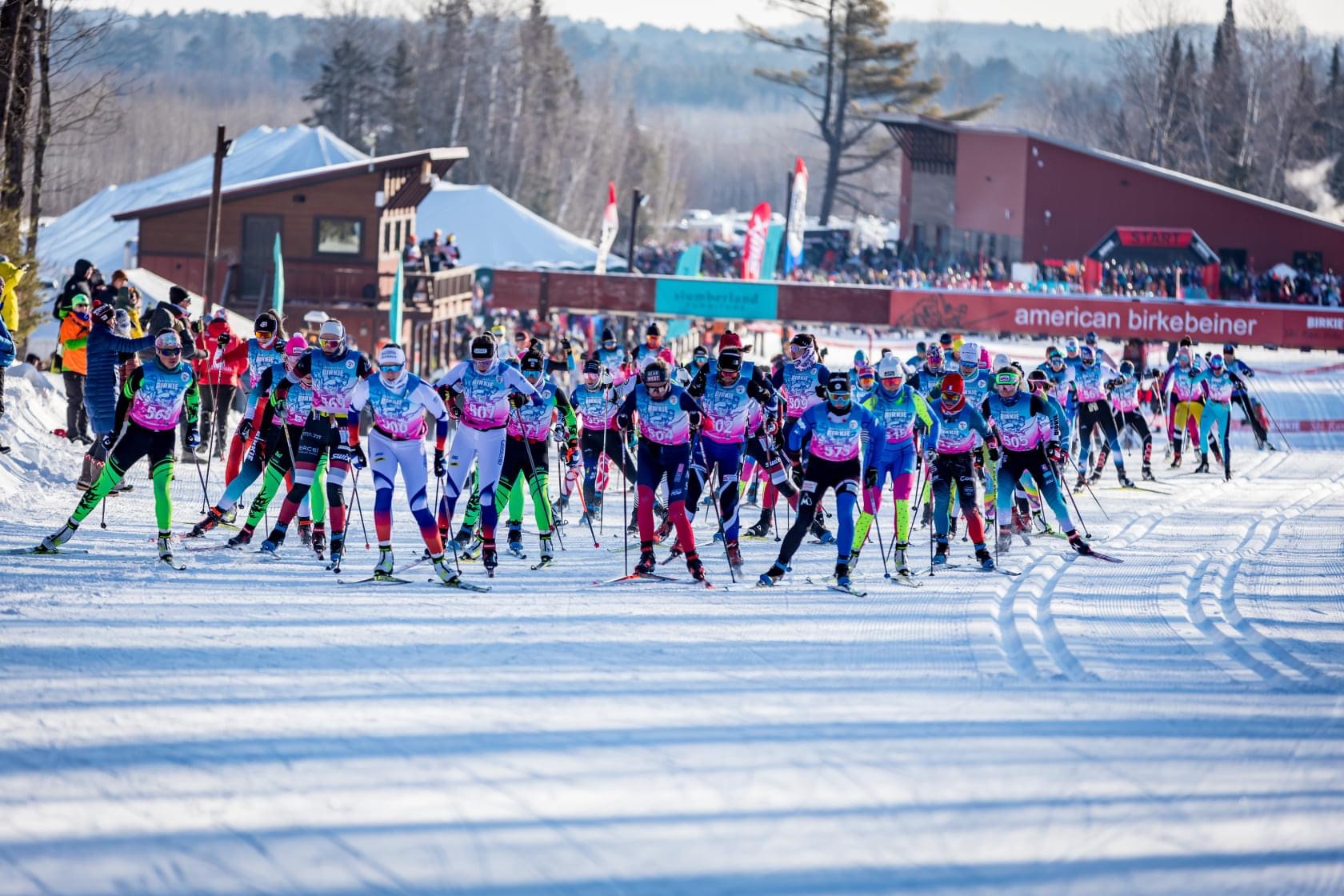 The start of the women’s elite wave. Couldn’t have asked for a more beautiful bluebird day! Photo from American Birkibeiner Association

I approached my first Birkie with a mixture of excitement and trepidation. I tend to like longer races, but I had never raced further than 30k before and so I wasn’t entirely sure what to expect. A combination of inexperience and bad luck made my personal journey over those 50k pretty challenging, but like any journey I learned a lot and I was glad I did it.

Here are my three major takeaways from my Birkie experience:

Fueling is no Joke!

I approached the Birkie with one thing abundantly clear in my mind; if I wanted a chance at being in the mix past 15k, I needed to nail the fueling. Your body can last about 90 minutes before it runs out of stored energy, less at race pace. The goal of effective fueling in a marathon is to feed “early and often,” keeping your muscles supplied with consistent calories so that you never run out and spiral into the dreaded “bonk.”

Suffice it to say, I did not accomplish this.

Unfortunately, the cap of my bottle froze about 5k into the race, and I couldn’t get any liquid out at all. Plan B was to get some calories from the many aid stations, but I ended up getting handed plain water both times, which, when you are trying to replenish energy stores, is functionally useless. (It was only in hindsight that I realized I should have just unscrewed the cap of the bottle, but in the moment, with poles flailing in a tight lead pack, that seemed quite daunting). I managed to choke down half a Gu during a mellower section of the course, but that ended up being the only calories I was able to ingest before I was able to replace my bottle at Double O. With relief I exchanged my frozen bottle for a fresh one, and quickly drank as much as I could stomach. But the damage was already done.

Unluckily for me, just before OO (a bit before 20k) there was a small surge at the front, as the leaders tested the field before the second sprint bonus. It was atrocious timing for me, as my stored energy was nearing depletion right as the front surged, and I was quickly and decisively disconnected from the lead group.

The beginning of my solo journey to the finish just after the Double O bottle exchange. Photo from Skinny Ski

My legs and arms remained on the verge of cramping for the last 30k of the race, which I skied alone, unable to respond as pairs of skiers glided past me and disappeared into the winding trails.

Do not skimp on your fuel - it could very well be the end of you.

Mentality is as important as fitness:

Once I became disconnected from the lead group, I skied pretty much alone for the remaining 30k to the finish. Equally as hard as the cramping and the fatigue in my legs was the sole company of my thoughts, which at their lowest points, were not the kindest. I would be lying if I said it never crossed my mind to just stop skiing and find a ride to the finish.

But I’ve never dropped out of a race before, and I sure wasn’t going to start now.

A few things helped me to overcome these low points in the race. First, I tried to implement some of the mental strategies I have used in the past, including positive self talk. More than once I said out loud “I can do this” or “you are tough.” It felt ridiculous, but it worked.

I would also pick out a tree, or a bend in the trail and say, “you just have to make it there” and then once I got there I would pick another spot further ahead. Eventually that spot was the international bridge, and then the finish line. 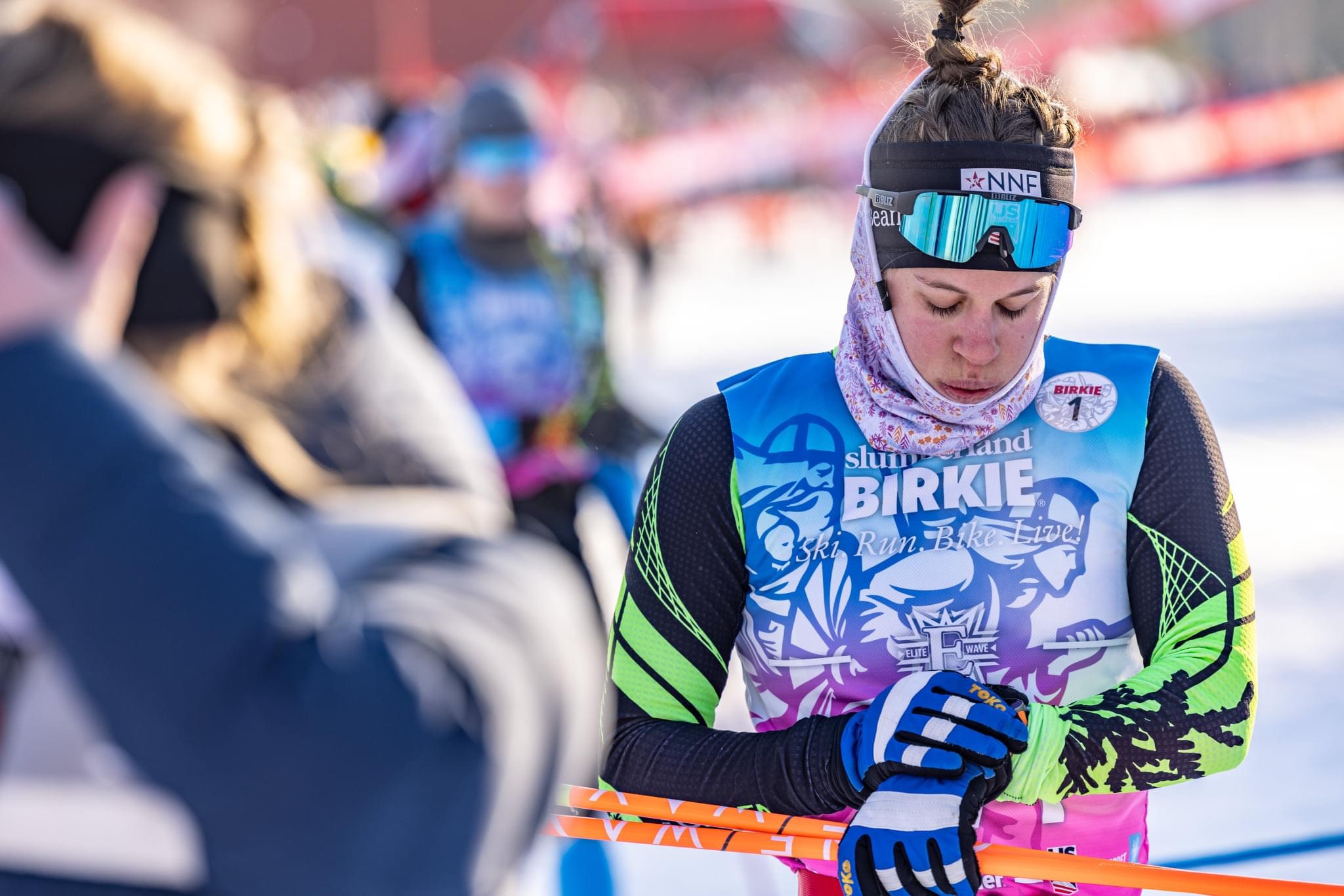 The face says it all - I was so relieved to have made it to the finish in one piece (mostly). Photo from American Birkibeiner Association

You may not be able to completely control how your body feels physically during a race, but you have much more control over your mentality, and it can be a powerful tool in helping get you through a tough race.

The skiing community is amazing:

It’s pretty easy to scoff at the hype around “Birkie Fever” if you have never experienced it, but I was amazed by the sense of community both during and after the race. As I skied my way through the woods, I was encouraged by the many people lining the trails at aid stations, by fellow competitors urging me to catch a ride in their slipstream and willing me to be able to do it. Even though in most cases I was too bonked to match their pace, their belief that I could and their willingness to help me along was motivating in itself and shows the sportsmanship inherent in our sport.

After the race, I got a text from my dad saying congratulations on my race; I may have fallen short of my personal result goal, but I had officially achieved the best Birkie finish in the family (although he still has the faster time). I ended up spending some time scrolling through results from three decades ago, recognizing so many names of people I grew up around (local legends) or parents of kids I grew up skiing with. The continuity between generations was inspiring and it made me feel that, although my goals were competitive, I had participated in something much larger than just a ski race.

If I left the Birkie with anything more than just sore legs, it was a renewed sense that the ski community is a pretty special group and that more likely than not, I’ll be back for more. 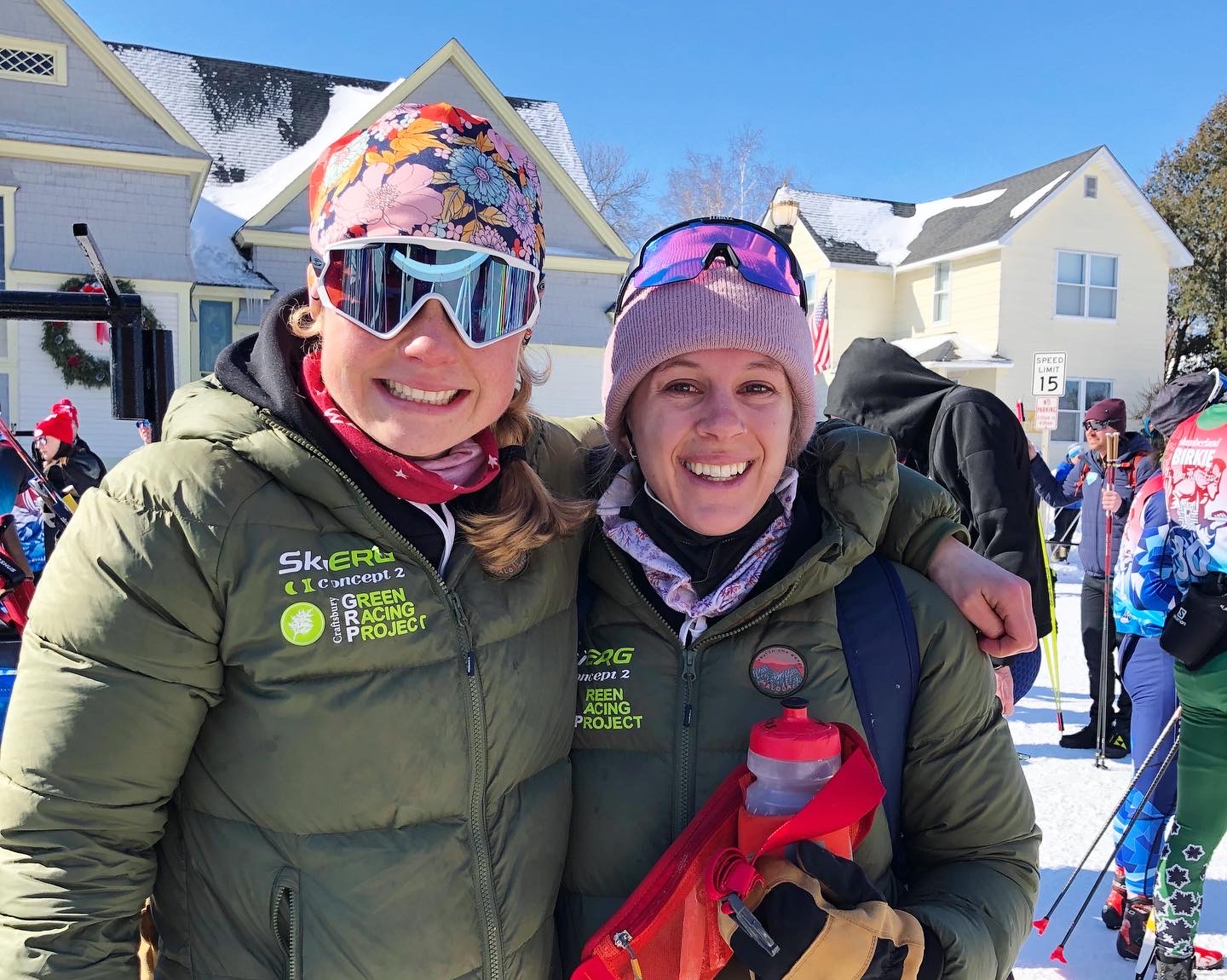 My teammate Margie and I at the finish, trying not to look as tired as we feel.