While just about everyone is wrapping up their ski season, mine has just been getting going over the last few weeks on my road to recovery. As I’ve been given more and more liberties to do things like walk and begin my first real workout routine since December of 2020, my college teammates worked hard through the end of the season, and are now in their rest block.

Just for some reference before we get started, I encourage you to please read my former SkiPost articles about my unfortunate Lisfranc foot injury that took me out for most of this season. I am recovering from surgery, and a week ago was cleared to wear a boot and walk 2500 steps a day. Baby steps, but what a great feeling!

Even though I missed the beginning of the season with the Paul Smith’s College Nordic team, I got back to school post-surgery just in time to watch a few of the final races before USCSA Regional Championships, including a home race just a few days after surgery. The team’s confidence and personality had been growing all year. The team was really feeling like a family at that point, undoubtedly aided by the fact that most of the team all lived together in a house on campus, which made it significantly easier to coordinate workouts together, as well as developing deep interpersonal relationships between all the members of the house, which in my opinion helped create a much better team atmosphere not just at home, but also traveling for races.

The week of USCSA Nationals in Lake Placid was a great example of how the team’s connections provided a supportive environment for everyone to be able to focus on giving the best performance they could for the week. Without giving too much away right off the bat, I’ll just say, ”What a performance!” I got to start my mornings nice and early every day, along with Coach Matt and another teammate making up the wax crew for the team. While Chaz and I got to sleep in until around 5, Matt’s schedule for the week had him arriving at Mt. Van Hoevenberg between 4 and 4:30 each morning, giving us some extra time to set up, test our initial choice of waxes, and continue testing throughout the morning while Chaz and I prepped skis for whatever he called out. The first day was a good warm up because it was a 7.5k freestyle, meaning that Chaz and I just had to take the freshly scraped skis, brush them out quickly, add some liquid glider to the top, and give those a quick brush-down to finish them off. This then allowed me to get my new ski boot attachment for my iWalk hands-free walker (covered in last week’s SkiPost, go check it out if you haven’t!) and double pole around the warm-up area while all the racers were getting prepped for the day.

It was a fantastic day to cheer, everyone was in high spirits for the first day of Nationals, and we were all excited to see how the team compared to some of the other teams from out West that we had never raced against before. The races got underway, and I yelled myself hoarse in both races. Both the men’s and women’s team did exceptionally well, with three skiers in the top 10, six in the top 13 for the men, and my roommate and fellow Nordic combined skier Aidan Ripp becoming the first ever National Champion for any event in any sport in Paul Smith’s College history. The women’s team also had an impressive showing, with two out of the three women skiers in the top 13, one of which was on the podium. After the first event, the team scores had the women’s team in third, and the men’s team in first by an impressive 19-point gap.

The second day of competition was one of the most highly anticipated races of the year: the classic sprint. We knew that most of our teammates were used to mid-length and longer races, not built as much for sprints, but we were excited nonetheless to see what the result was. After an early morning with a few failed attempts at wax, we settled on something that gave just enough kick, but also allowed for some decent glide. At the end of the day, the team performed better than expected, with one skier on the podium, two in the top 10, and the rest following close behind. With the sprint day finished, and the teams placing second for the men (by just one point!) and sixth for the women, people could focus on the team’s main strength of distance for the next day in the 15k classic race. 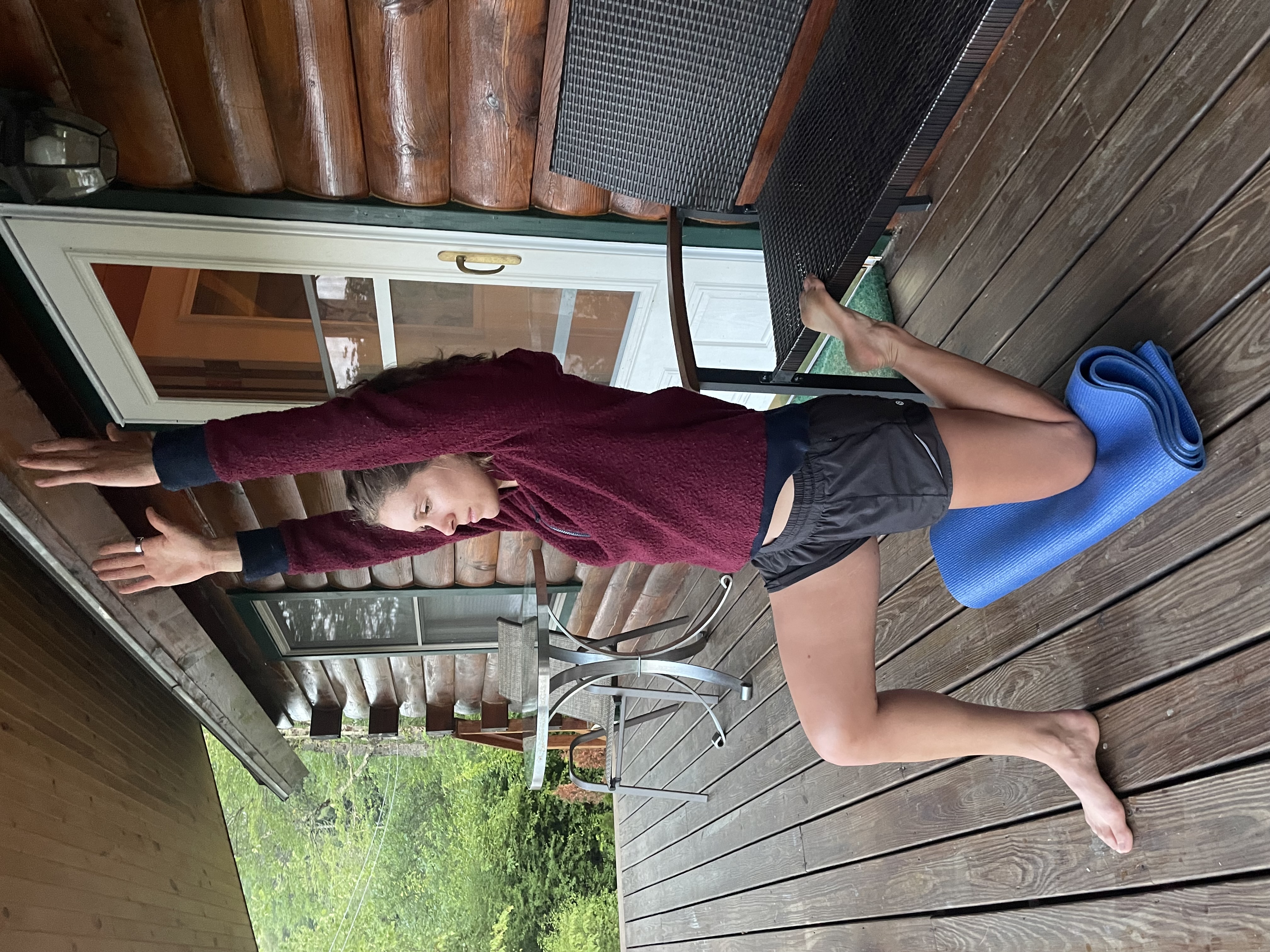 The night before, we three wax techs had put a layer of Chola on the skis in an attempt to make a rock solid binder for the extremely harsh and corny snow we knew we were going to have to wax for the next day. The next morning, the game of “find the wax” began, and tensions were on the rise. Nothing we tried worked well; the Chola was holding the wax in the pocket luckily, but none of the hard waxes we tried was kicking. Much to Coach Matt’s dismay, we were going to have to resort to using Klister. After a few failed attempts to find the right combination, I had the thought to call up Jake Huseby, Enjoy Winter’s sales manager, and coincidentally a premier wax tech. He gave us some suggestions as to what we could try, and funnily enough the combination we settled on was one that Coach Matt had recommended to a teammate for a race earlier in the year, for which the conditions were very similar. Once the wax was confirmed, we got to work moving skis down the assembly line to get them done in time for the race start, and after a stressful hour and a half, just 15 minutes before the race started the skis were all done and ready to go. I put on my ski leg and headed out to the course to yell myself hoarse once again for what was by far the most nail-biting race of the season. All said and done, the team had Aidan once again as the National champion, four skiers in the top 11 for the men, and one woman on the podium, with two of the three in the top 10. Finishing off the 15k classic day, the men’s team was once again in the number one spot, with an impressive 27-point lead, and the women’s team was solidly in third place.

The final day of Team Sprints was what it all came down to for the team. Both teams were sitting comfortably in their respective podium positions, but there was room for one of the other teams to claw their way up if given the opportunity. Luckily it was a skate day, so I didn’t have to wake up quite as early as the previous days, and instead was just tasked with adding liquid glider to skis and brushing them out. For the last time of the week, I put on my ski boot attachment and made my way out on the course to a spot where I could properly cheer on my teammates, and would then be able to break away from to ski quickly over to the finish. The teams all started off hot, with the next two highest ranked schools in hot pursuit of our A team, but not for long. On the second leg for each of the skiers, the hammer was dropped and the team consisting of Gus, Logan, and Aidan put a sizable gap on the second place team. They continued keeping up the intense pace, not letting up just because they were ahead of the other teams; they had something to prove that day, and they proved it. The women’s team started off with the same vigor as the men, and similarly kept the intensity cranked all the way into the finish line, seizing the second place spot not only for the day, but also securing the second place podium in the Team Combined Result. Afterwards, while waiting around for awards people were naturally pretty tired, and of course the team seized the opportunity to capture some of the best post-race napping moments.

I would like to congratulate each member of this amazing team that I’ve been so privileged to watch develop and grow, and although I was not able to compete with them this year, I am so excited to see what next winter holds.I’m confident I will be able to add some points of my own to the team score after my successful rehabilitation. To the men, congratulations on securing the school’s first ever National Championship title and all the awards earned by individual members. To the women, congratulations on the second-place National Championship finish, made so much more impressive when you remember that the entire scoring team consisted of 3 women, compared to other teams with the standard 6 members. I’m extremely proud of the performance of the team as a whole, and I cannot wait until I am back on my own two feet and training with you all again.